The goal of the conference is to create space for discussing the impact, benefits and challenges of discovery services for the social sciences and humanities ...

At the origin of the IBL PAN Library (created in 1948 together with the Institute) were Jan Michalski’s and Gabriel Korbut’s collections, comprising books of the 19th century and older, often unique. Owing to these collections, as well as to the regular purchase of Polish...

Wiesław Myśliwski (b. 1932) is one of the few living writers who made their debut more than fifty years ago and, due to the importance of their works published at that time, belong to the hist...

It is our honour and great pleasure to inform you that during the last evaluation of the academic institutions in Poland carried out by the Minister of Science and Higher Education in 2010, the Institute of Literary Research was qualified in the best category 1 in the group N1 – Philologies and Library Studies (announcement no 19, from September 30th, 2010). The final academic effectivity factor of the Institute is 61,00.

The Institute was founded in 1948 and it was first subordinate to the Ministry of Education, then to the Ministry of Higher Education and Scientific Research. Since 1952 it has been part of Division I (Social Sciences) of the Polish Academy of Sciences; while still remaining a part of PAN, in 1998 it received its legal status. Research conducted at the Institute is concentrated primarily on Polish literary history, literary theory, cultural history, comparative literature, cultural, gender, postcolonial studies and literary documentation and lexicography.
More about the history>>

The Institute comprises several research departments (in the fields of literary history and theory, documentation and lexicography), the Literary Studies Information Centre as well as publishing and editorial divisions.

The outcome of the research has been published among others in multi-volume collective works fundamental to Polish Philological Studies: Polish Literary History (published since 1972); History of the Polish Press (1976-1980); History of Polish Folklore Studies 1800-1982 (1970-1982); bibliographical, documentation, information and encyclopaedic studies: “Nowy Korbut” Bibliography of Polish Literature (published since 1963) along with its continuations: Dictionary of Contemporary Polish Writers (series I 1963-1966, series II 1977-1980) and the Contemporary Polish Writers and Literary Researchers dictionary (published since 1994); Dictionary of Polish Writers’ Pseudonyms (1994-1998); current Polish Literary Bibliography, covering the period from 1944/1945 (published since 1954) along with a supplement on the period 1939-1945; Polish Literature and Theatre in the period of the WWII (1983-1986); series: The Picture of the 19th and 20th Century Polish Literature (since 1965), Poetics. Encyclopaedic outline (since 1956), Polish Philologist’s Vademecum (since 1974); personal bibliographies and writers’ life and work calendars, especially Adam Mickiewicz’s Life and Work Chronicle (since 1957); bibliographies of periodicals’ contents; bibliographies of literary genres Old Polish drama after the creation of the national scene, (since 1965); language dictionaries, especially the 16th Century Polish Language Dictionary (since 1966) and the Dictionary of Adam Mickiewicz’s Language (1962-1983).

Under the patronage of the Institute critical editions of Polish literary works are published, e.g. the fundamental edition of Bogurodzica or the parliamentary edition of Jan Kochanowski’s Collected Works. The edition of Adam Mickiewicz’s Collected Works is being prepared. Apart from the titles mentioned above numerous series of studies and monographs, e.g. “Old Polish Studies” (64 volumes), “Enlightenment Studies” (26 vol.), “From the History of Artistic Forms in Polish Literature” (85 vol.), editorial series: Literary Archives (28 vol.), the Library of Polish Writers (since 1953 – 30 vol.), the Library of the Old Polish Writers (27 vol.), the Dictionary of Polish Enlightenment Writers. Vast bibliographical and documentation resources are being collected by the Institute and can be made available for research purposes; among them: the bibliography of Polish periodicals’ contents of the 19th and 20th centuries (till 1939; the so-called Bar’s bibliography); bibliography of Medieval literaria, the file of handwritten Old Polish texts, the Chronicle of the literary life of People’s Republic of Poland (in a multi-volume typescript), the file of song variants put together by the Folk Literature Section existing at the Institute in 1953-1996.

Lately, the Institute has participated in large scale international research programmes, preparing and conducting large research and educational programs: “Polish Cultural Canon in Europe under Transformation” (part of the Phare SCI-TECH Program, 1996 – as the only humanities unit of the PAN) and “Central Europe. Cultural Contacts and Relationships” (part of the Phare-Fiesta program, 1997-1998). recently the research and educational program “Polish Cultural Heritage in New Europe” has been initiated by the IBL PAN, in cooperation with national and foreign research centres.

The Institute is also engaged in the didactic activity on an interdisciplinary field. It conducts (with the cooperation of the Masovian Scientific Association): Graduate Studies in Polish Philology, Cultural Studies, Practical Rhetoric and Critique Course; the interdisciplinary Graduate Studies in the Humanities and – (in cooperation with Polish Foundation for the Popularisation of Science) the Graduate Studies in Social Communication and Media. The Institute initiated and has remained the organiser (together with the Ministry of National Education) of the Competition in Polish Literature and Language for High School students from Poland (since 1990 also from abroad).

The Library of the Institute of Literary Research is the greatest professional book collection in the field of Polish literary history and literary studies. Along with the current literary and scientific production, it also keeps precious archive and iconography collections and takes care of the Eliza Orzeszkowa archives. At present, within the “RCIN Digital Repository of the Academic Institutions” the Library pursues the project of the digitalisation of its most precious resources.

The Institute is the publisher of the following academic journals: “Pamiętnik Literacki” and “Teksty Drugie”. It has its own Publishing House, whose aim is to broaden its activity and publish academic works of great merit. The Third Regions of Literature Studies Group together with the Warsaw University Occasional and Utilitarian Literature Department (PLOiU), edits the annual titled “Napis,” dedicated to occasional and utilitarian literature.

Among the most important publications about the Institute of Literary Research are: 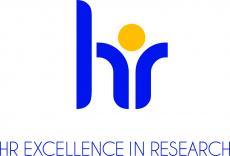